The terminal is located in Chunzhou Island and additional sea area in the stem bay area of Huizhou Port. It has obvious location advantages and strong radiation capacity. It is one of the largest public specialized coal unloading terminals in eastern Guangdong and even southern China.

The project is a key project of Guangdong Province approved by the National Development and Reform Commission. The total investment of the first phase of the project is 2.5 billion yuan, covering an area of about 810,000 square meters. It is planned to build two 70,000-ton (150,000-ton hydraulic structure) berths, coal The design annual passing capacity is 15 million tons; the second phase of the project will build another 70,000-ton berth, and a total of three 70,000-ton berths will be built in the two phases. By then, the total annual coal passing capacity will exceed 23 million tons. The project is expected to become an important coal water supply terminal and a large-scale coal transportation base in the energy transportation system of South China after the project is completed in 2014. 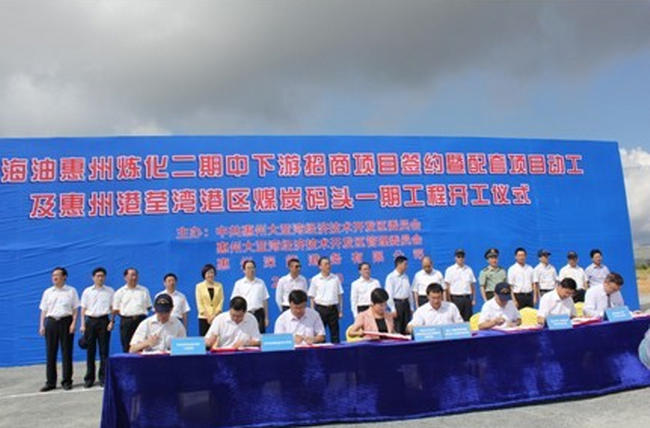